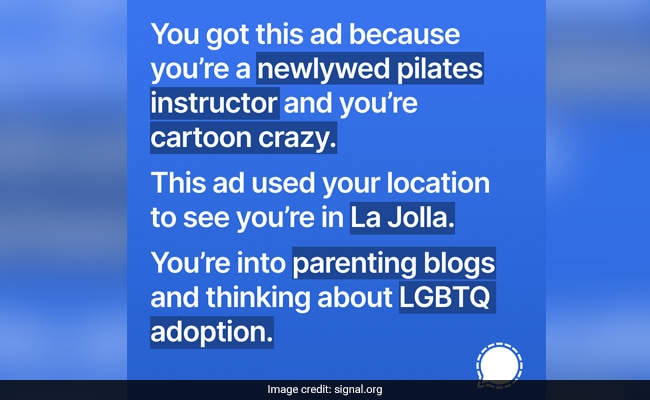 To highlight Facebook’s data collection practices, Signal created super-specific ads that would display some of the data that Facebook collects from its users.

“You got this ad because you’re a K-pop-loving chemical engineer. This ad used your location to see you’re in Berlin. And you have a new baby. And you just moved. And you’re really feeling those pregnancy exercises lately,” reads one of the ads, according to screenshots shared by Signal.

However, the messaging platform claims that Facebook banned them from its ad account after it tried to run these ads.

These Signal ads are amazing. Facebook banned them for being a little bit too relevant. https://t.co/q9D4VKqPt9pic.twitter.com/NEBgqW40I8

“The ad would simply display some of the information collected about the viewer which the advertising platform uses. Facebook was not into that idea,” Signal said in its blog post titled ‘The Instagram ads Facebook won’t show you’.

Facebook has dismissed the claims as a “stunt by Signal”.

Alex Kantrowitz, founder of the newsletter Big Technology, shared a response from Facebook spokesperson Joe Osborne, who said that Facebook did not shut down Signal’s ad account.

“This is a stunt by Signal, who never even tried to actually run these ads – and we didn’t shut down their ad account for trying to do so,” the Facebook spokesperson said.

In response, Signal shared a screenshot which shows an “Ad Account Disabled” message and said, “We absolutely did try to run these. The ads were rejected, and Facebook disabled our ad account. These are real screenshots, as Facebook should know.”

Facebook once again countered their claim and said the screenshots were not recent.

“These screenshots are from early March, when the ad account was briefly disabled for a few days due to an unrelated payments issue,” Mr Osborne tweeted. “The ads themselves were never rejected as they were never set by Signal to run,” he added in a follow-up tweet.

2/2: The ads themselves were never rejected as they were never set by Signal to run. The ad account has been available since early March, and the ads that don’t violate our policies could have run since then.

Mr Kantrowitz concluded his Twitter thread by saying he would like to see more conclusive proof from Signal to back up its claims – a sentiment echoed by many others on the microblogging platform.

I’d like to see some more conclusive proof from Signal backing up its claims. Fwiw. pic.twitter.com/kFN6E5TsbZ

The exchange between Signal and Facebook has divided opinion on Twitter – with some praising Signal for highlighting Facebook’s often-controversial data collection methods and others raising doubts about their claims of being banned.

Why do your screenshots only show 1 campaign labeled “test” with 0 results in March?

Doesn’t seem like they were actual ads with intent to run— unless you took a screenshot of another ad account?

“the ads were rejected” pic.twitter.com/puHuVCksMk

The jury is still out on whether Facebook actually banned Signal’s ad account, or whether Signal used the campaign as a PR stunt – as some have said on Twitter – but this is not the first time that Facebook’s data collection practices have come under scrutiny. 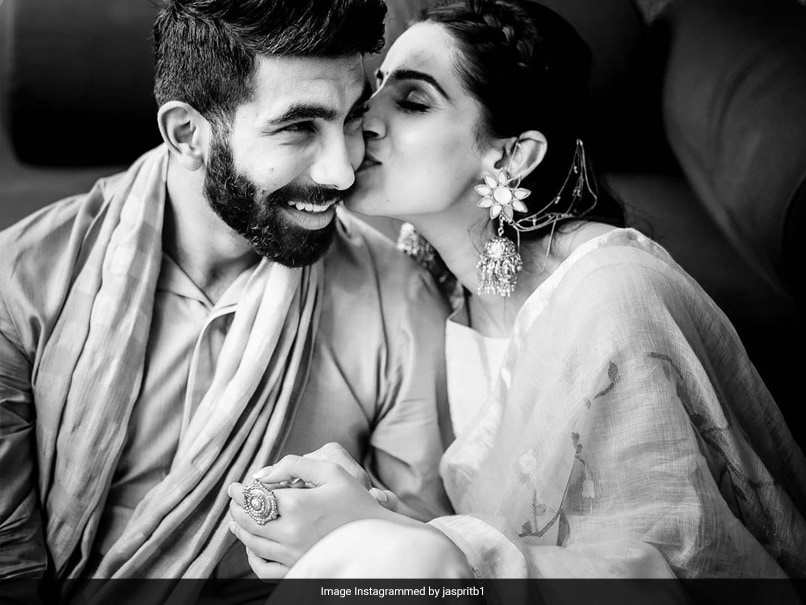 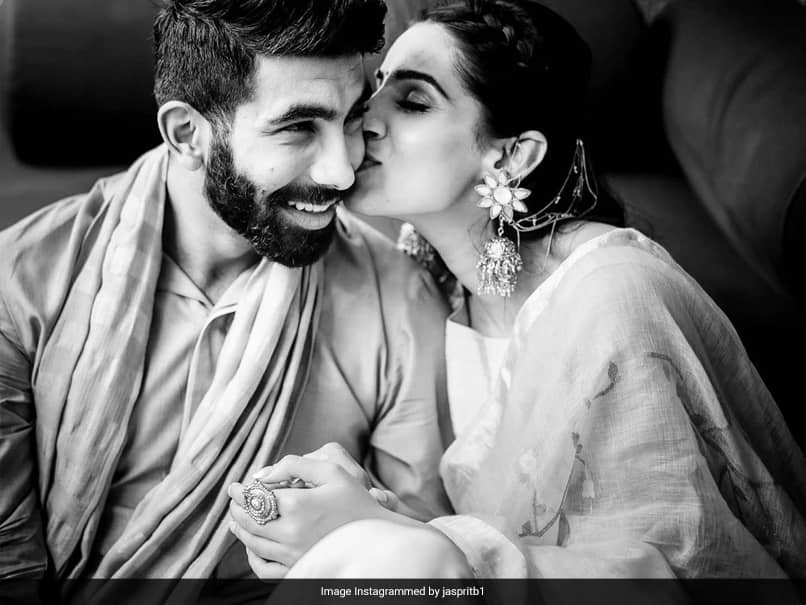 
Jasprit Bumrah took to Instagram on Thursday to share an adorable picture with his wife Sanjana Ganesan on her birthday. Bumrah, who plays for the Mumbai Indians in the Indian Premier League (IPL), came up with a loving caption as he extended his wishes to “the person who steals my heart every time”. “Happy birthday to the person who steals my heart everyday. You’re my person, I love you,” Bumrah captioned the image along with a heart emoji.


The India pacer was granted leave by the Board of Control for Cricket in India (BCCI) ahead of the limited-overs leg of the series against England at home earlier this year.

Jasprit Bumrah and Sanjana Ganesan got married on March 15 in Goa. The couple posted pictures from their wedding on social media to break the news to their fans.

Earlier in the day, Sanjana shared a cute selfie with Bumrah in her Instagram story. 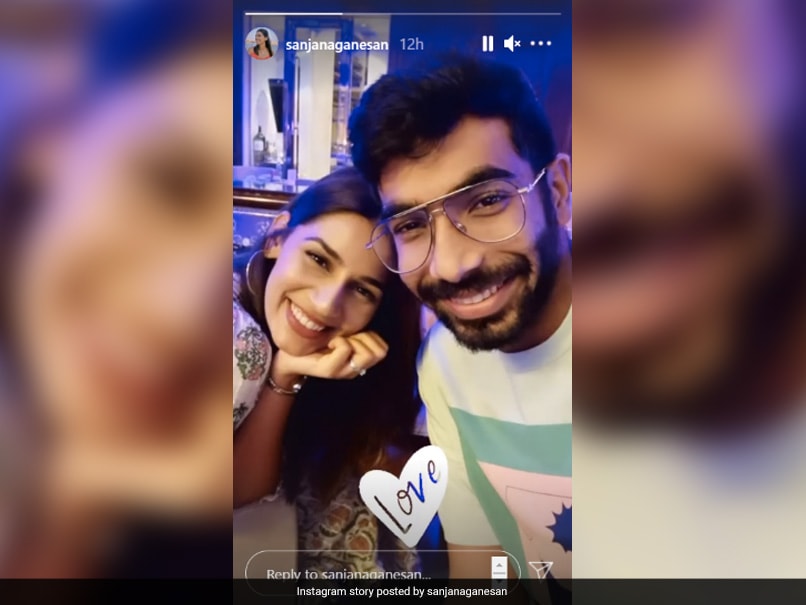 Bumrah was playing for the defending champions Mumbai Indians in the IPL 2021 before it BCCI and IPL Governing Council postponed the T20 tournament indefinitely after four franchises reported positive Covid cases within their camp.

In the 14th edition of IPL, Bumrah managed to get six wickets from seven games but it was his economical spells in crunch situations that kept Mumbai Indians in the top-half of the IPL 2021 points table.

Battlegrounds Mobile India was announced on Thursday by Krafton, the South Korean company behind PUBG, as its dedicated game for the Indian market. The new battle royale game is touted to bring a premium, AAA multiplayer gaming experience along with exclusive in-game events such as outfits and features. Battlegrounds Mobile India will also debut with its own esports ecosystem that will include tournaments and leagues, the company said in a press statement. In addition to announcing the details about Battlegrounds Mobile India, Krafton released a video teaser of the new game that suggests similarities with PUBG Mobile, which was banned in the country last year.

Battlegrounds Mobile India will be available for pre-registrations before its official launch in the country, Krafton said. The new game is projected to be exclusive to India, and its logo will feature the tri-colour theme to attract Indian mobile gamers.

“Krafton will collaborate with partners to build an esports ecosystem while bringing in-game content regularly, starting with a series of India specific in-game events at launch, to be announced later,” the company said.

The company also claimed that all data collection and storage of Battlegrounds Mobile India would be in full compliance with all applicable laws and regulations in India and for players in the country. This could be in response to the government’s concerns over data privacy and security on PUBG Mobile that eventually led to its ban in September last year.

The government banned PUBG Mobile among other 117 mobile games that have a relation with China. Shortly after the ban, Kraton’s subsidiary PUBG Corporation acquired the publishing and distribution rights from PUBG Mobile’s publisher Tencent Games in the country.

Krafton made several attempts to convince the government to lift the ban on PUBG Mobile after acquiring its rights from the Shenzhen-based entity. The moves include plans to localise Indian data and setting up a dedicated team of at least 100 people in India. The company also announced an investment of $100 million (roughly Rs. 738 crores). But nonetheless, it seems to have ultimately decided to go with Battlegrounds Mobile India as its new title after not getting any fruitful results for some time. Teasers of the upcoming game were spotted in recent days, and the announcement on Thursday has finally solidified speculation – though we are yet to hear of a concrete timeline for launch or even pre-registrations.

Is Mi 11X the best phone under Rs. 35,000? We discussed this on Orbital, the Gadgets 360 podcast. Later (starting at 23:50), we jump over to the Marvel series The Falcon and the Winter Soldier. Orbital is available on Apple Podcasts, Google Podcasts, Spotify, Amazon Music and wherever you get your podcasts.

Jagmeet Singh writes about consumer technology for Gadgets 360, out of New Delhi. Jagmeet is a senior reporter for Gadgets 360, and has frequently written about apps, computer security, Internet services, and telecom developments. Jagmeet is available on Twitter at @JagmeetS13 or Email at jagmeets@ndtv.com. Please send in your leads and tips.
More 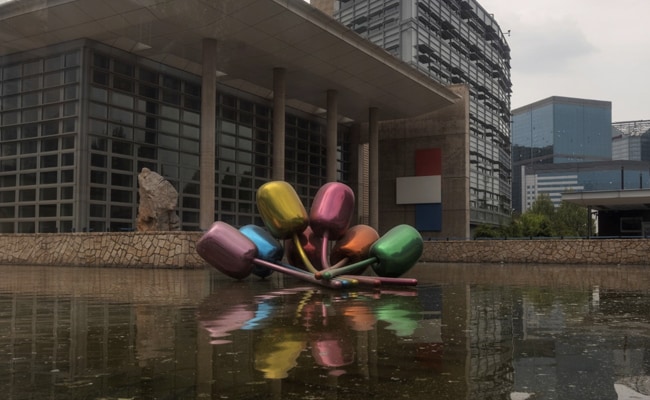 A general view shows the buildings of the US Embassy in Beijing, China.

The resumption of student visa applications at U.S. missions in China got off to an acrimonious start this week when netizens took exception to an American embassy social media post they interpreted as likening Chinese students to dogs.

Former U.S. President Donald Trump, whose time in office was marked by tense relations in Beijing, had in January last year barred nearly all non-U.S. citizens who were in China from entering the United States after the coronavirus outbreak.

On the Twitter-like Weibo service on Wednesday, the visa section of the U.S. embassy in China asked students what they were waiting for after the Biden administration eased restrictions.

“Spring has come and the flowers are in bloom. Are you like this dog who can’t wait to go out and play?” said the post in Chinese, which was accompanied by a video of an excited puppy trying to climb over a safety gate.

The post drew an angry backlash from some Weibo users, however, who felt the comparison was inappropriate, and was later deleted.

“Is this American humour? I believe they did it on purpose!” one user wrote.

“Dogs in American culture basically have positive meanings, but in Chinese culture and idioms, they are mostly negative,” wrote another user. Others quipped that the students’ “master” was now calling them back to the United States.

The Global Times, an English-language tabloid run by the Chinese Communist Party’s People’s Daily, also cited netizens as saying that the post was “blatant racism”.

A U.S. embassy spokesman in Beijing issued an apology on Thursday morning to anyone who had been offended by the comments.

“The social media post in question was meant to be light-hearted and humorous,” he said. “We took it down immediately when we saw it was not received in the spirit we intended.”

It is not the first time animal-related remarks have sparked a backlash in China. In 2019, a senior economist from UBS was placed on leave after comments about pigs in China were perceived by some as a racial slur. He was later reinstated.